Before Black and Blue Man: The Turning Point (Part 2)

Posted on 15 May 2013 by blackandblueman 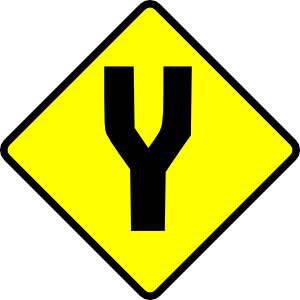 I had spent all day at home, both relaxing but also trying to make up my mind about whether or not to do something that night.

That something was attending an information session about the next Turning Point course, scheduled for early December.

John, my work colleague, had told me about it a few weeks before.

Up until today, and especially today, I had been debating about whether or not to attend.

Mostly, though, it was wondering if I really wanted to do The Turning Point or not.

There was the expense – $500, and that was after John had very kindly given me a discount voucher – and there was the concern that ultimately the course could be a complete and frustrating waste of time.

But in the end, again, I asked myself What did I have to lose?

The information session was free.

And my life still sucked.

About an hour or so later, I was at the venue for both the information session and where the Turning Point would be held in December. It was the first floor of a two-storey building at a busy intersection.

I went upstairs and entered a large room where lots of chairs were rowed in front of a stage.

Near the entrance was a reception table, where I introduced myself and was told to take a seat.

And that’s all I remember about that night.

No, nothing strange happened, but the events of the rest of that night have simply faded from memory.

But the information session must have worked, because ultimately I decided to do The Turning Point after all.

At long last, one of the worst years of my life was finally coming to an end.

And it was finally time to do The Turning Point.

The course was spread over a week and consisted of several evenings, an all-day Saturday session and a final Sunday afternoon and farewell dinner.

The first evening, I left work early and had dinner on the way at a pleasant little Italian restaurant.

I arrived nervous and full of hope.

And soon I would have an experience that I will always remember vividly.

4 Responses to Before Black and Blue Man: The Turning Point (Part 2)