Posted on 21 March 2015 by blackandblueman 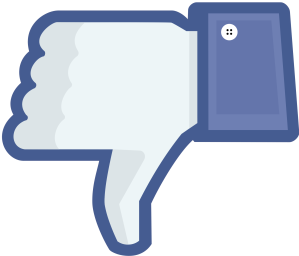 During the last six months, though, things changed.

At that time, my five years of therapy with my psychiatrist Dr. Khan came to an end due to his retirement. Although that was a shame, I wasn’t depressed or upset about that.

But as Dr. Khan said during one of our very last sessions, I was going through a period of low depression.

Part of that was due to work, which was going through another dreary phase that would mostly last until the end of 2013 (although I didn’t know that at the time – fortunately).

Another part of feeling down was because of a friend who had suffered a major health problem at that time.

There may have been other factors, but if so I’ve forgotten what they were.

The worst, though, was yet to come.

At first, 2013 began with some promise – especially with the prospect of a work-trip to New Zealand later in the year, and an extra few hundred dollars in my bank account that was a nice buffer for a few months.

But by mid-year, things in general had soured.

A lot of that had to do with the crummy situation at work. Redundancies reared their ugly head again – but this time, instead of one huge wave at once there were several over an extended period.

My job wasn’t affected – but one of my immediate colleagues had his job made redundant, and it seemed like every month others were losing their jobs. By June, I was aware of at least four rounds of redundancies that had taken place – but as the year progressed, there were more that I heard about as they happened or afterwards.

Overall morale went down the toilet.

As well, there was a huge clampdown on costs. I came very close to not going to New Zealand, but because the client and not my employer footed the bill I was still able to go – but even a simple request for a spare battery and other small peripherals for my new work PC was refused, whereas in previous years these requests had been granted without issue.

Outside of work, funnily enough, both my new work PC and the previous one contributed to an annoying financial saga that dragged on for a few months. For years I had used my work PCs for home computing and other things like watching DVDs, which was legit – but one Friday night my previous work PC suddenly died, which left me in the lurch in several ways.

The next day I bought my own PC, and a few days later I got my new work PC – but my own PC turned out to be a frustrating disappointment thanks mostly to Windows 8, and both PCs required further expenditures like a new modem. It wasn’t the financial end of the world, but for a few months if it wasn’t one computer-related thing it was another.

There were other hassles, like even a temporary loss of interest in reading – which really bothered me, because I’ve always enjoyed reading and many times in the past it had gotten me though rough patches.

But worst of all, there were two strong feelings that had emerged early in 2013 and weighed down upon me for the rest of the year.

It wasn’t that these two feelings were new, because I had considered and experienced them several times before.

But it was the intensity of these feelings that troubled me a great deal.

One feeling was that one day I was going to die, and how final that was.

The other feeling was that overall I had lived a life of failure, thanks mostly to a combination of fear and stupidity. Mental illness hadn’t helped, or course – but although depression and OCD had contributed to some of my life problems, a lot of it was due to being scared most of the time and having few brains.

Again, these feelings were nothing new – but why were they really weighing down on me now?

I can’t remember when I thought that what I was experiencing was my mid-life crisis, but when I did it was a grim realisation.

Ever since my late teens when I had first heard of the concept of the mid-life crisis, I had hoped that it wouldn’t happen to me. In fact, I had often felt that the notion of it was rather silly (partly because of the stereotypical male behaviour attributed to it).

But now, it had struck me. And hard.

Whenever my crisis feelings arose throughout 2013, I tried to shove them away, keep calm and carry on. Sometimes, it worked.

But other times, it didn’t.

What also didn’t help was 2013 continuing to be a crappy year right up until the end. Apart from the ongoing dreariness at work, there were three separate situations during the last few weeks of 2013 that left me feeling especially infuriated at myself and others.

New Year’s Eve found me alone at home – which is how I’ve spent it several times and have enjoyed it, but this night I was fed up and pissed off and truly looking forward to this fucking year finally coming to an end.

At midnight, I said good fucking riddance to 2013 and the mid-life crisis I associated with it.

But if I didn’t want 2014 to be more of the same, I had to do something – or several somethings.