Posted on 17 October 2016 by blackandblueman 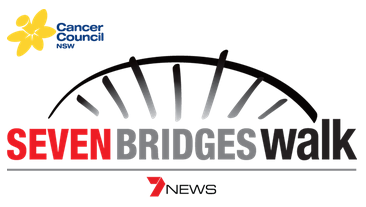 Back in 2014, I made my first attempt at the Seven Bridges Walk.

As I recounted in my series ‘Seven Bridges to Cross’, it was a very interesting experience – if at times a very grueling one – and despite not completing it (although I came very close), I was keen to do it again.

Last year, however, I was working down in Canberra so I wasn’t able to do the walk then.

This year, though, it’s looking like I will be able to try the seven bridges again on Sunday, 30 October.

And if I make it on the day, I’ll be doing a few things differently to ensure that this time I complete the walk.

…but then again maybe I wouldn’t have, as towards the end I was experiencing some pain. Which has inspired a second thing I will do this year if the pain most likely arises again (and this thing is partly inspired from my recent reading about thru-hikers on the Appalachian and Pacific Crest Trails).

A third thing I will do differently this year is start the walk from another location – and a fourth thing I will do in conjunction with that is get to my starting point from close by. Back in 2014, I spent up to an hour walking from home to the closest starting point; this year, however, I hope to begin walking from what I think will be a better starting point that will only be a short walk from where I’m planning to stay the night before (and that in itself I’m looking forward to – as well as what I’m planning to do after the walk).

Despite some trepidation, I’m looking forward to trying the Seven Bridges Walk again.